The bet365 new account offer is available using the bonus code below and this qualifying link.
*Up to £100 in Bet Credits for new customers at bet365. Min deposit £5. Bet Credits available for use upon settlement of bets to value of qualifying deposit. Min odds, bet and payment method exclusions apply. Returns exclude Bet Credits stake. Time limits and T&Cs apply.The bonus code SPORT100 can be used during registration, but does not change the offer amount in any way.

As well as offering a market-leading £2m maximum payout on a multitude of football markets, bet365 also offer new customers up to £100 in Bet Credits – click here for further details! The bonus code SPORT100 can be used during registration, but does not change the offer amount in any way. 18+, T&Cs apply:

✅ Market-leading £2m maximum payout on a multitude of football markets.
✅ Up to £100 in Bet Credits for new bet365 customers.
✅ You can use code SPORT100 and this link to claim.

New Customers only. Up to £100 in Bet Credits. Sign up, deposit £5* or more to your account and bet365 will match your qualifying deposit in Bet Credits when you place qualifying bets to the same value and they are settled. Min odds/bet and payment method exclusions apply. Returns exclude Bet Credits stake. T&Cs, time limits & exclusions apply. The bonus code SPORT100 can be used during registration, but does not change the offer amount in any way. #Ad

The English Premier League is the biggest sports betting market of them all, so it makes sense to know the daily maximum football payouts available from the biggest online bookmakers. Lauded across the globe, the Premier League features some of the biggest football clubs on the planet like Manchester United, Liverpool, Chelsea, Manchester City and Arsenal. So it’s hardly a surprise that millions of us every weekend and midweek place bets across a multitude of Premier League matches and markets, with accumulators now being the bet of choice.

However few punters think that their winnings could actually be capped by terms within bookmakers betting rules which allow them to pay out a maximum amount across any given day and across individual sports, leagues and competitions. That’s right, punters be warned, online bookmakers will only pay out to their daily maximum payout limit which, for the Premier League, varies from £2 million down to as little as £200,000. For professional and recreational accumulator punters it’s imperative to guard against this, especially as other competitions outside of the Premier League – say the EFL Divisions 1 & 2, Scottish Leagues including the Scottish Premiership and even the UEFA Europa League – come with significantly lower daily maximum payouts with many bookmakers.

Why does that matter? Well for accumulator punters, including matches from different competitions can seriously impact on your winnings. Here’s a statement from a well-known online bookmaker’s terms of business, “Where a multiple bet has been placed which involves events with different maximum winnings limits then the lowest limit will apply.” – that can be as little as £50,000 on live English and Scottish televised football matches including the FA Cup

When it comes to maximum daily payouts across the Premier League and football in general, two online bookmakers currently top the table. Both offer a market-leading £2 million maximum daily payout across the biggest number of football leagues, cups and internationals. To compare, the £2 million ceiling from both bet365 and William Hill compares with as little as £50,000 with other operators on certain competitions.

A summary of what you need to know about both William Hill and bet365 is below and if you don’t have at least one of their accounts, we strongly recommend them to ensure you maximise your football profits. Register through our blue qualifying links below to receive the advertised new customer promotion:

For EFL action, bet365 and William Hill lead the way with their exceptional £2 million daily payout limit. All bookmakers bar 888Sport offer the same maximum payout level across the English Premier League and the 3 EFL divisions. But it’s also worthy to point out the National League, which is well presented on BT Sport with loads of live coverage and is popular with accumulator punters as well. Coral and William Hill offer a £1 million maximum payout across all bets which include a National League match, whereas 888Sport, Betfred, Paddy Power and Totesport, will only pay winnings up to £50,000 – so beware.

William Hill lead the way across the FA Cup and League Cup, offering their exceptional £2 million across both competitions. As we’ve said before, they are exceptional when it comes to football. On the negative side, look out for Paddy Power who only offer £50,000 on FA Cup and League Cup matches which is by far the worst available. New customers only, 18+, T&Cs apply:

For those who live ‘North of the Border’ and for the millions of punters who place bets throughout the year on Scottish football, below we list the maximum payouts across the Scottish Premiership, Championship and Scottish FA Cup. For accumulator bets remember that if you include any Scottish match, the lower maximum payout will come into effect.

For those who like to have a bet on Scottish football, look no further than William Hill who top the maximum payout charts across all competitions north of the border. You can’t argue with a £2 million maximum across all Scottish Premiership bets. Alternatively Coral are a really useful addition as they have a consistent £1 million maximum payout ceiling across all Scottish football including Leagues 1 & 2 and the Scottish League Cup. All you need to know about Coral in terms of new customer promotion, ongoing football promotions and free bets can be seen below, register through our blue qualifying links to receive the advertised new customer promotion.

Please contact us if you spot any changes before we do or check the individual terms from the bookmakers above using the links provided. 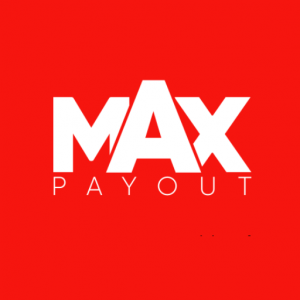